For that was the day Treasury Secretary Alexander Hamilton signed the contract for construction of the Cape Henry Lighthouse in Virginia, the first lighthouse to be entirely funded and built by the U.S. government rather than by an individual state. 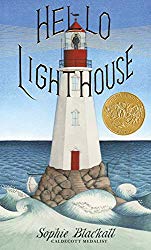 Completed the next year at a cost of $17,700, the original Cape Henry Lighthouse with its fish-oil-fueled lamps guided ships to safety for nearly 90 years, before being replaced by the taller, cast iron lighthouse that stands nearby.

Hundreds more federally-built and -operated lighthouses followed over the years, including the biggest of all, the Statue of Liberty which, thanks to its lamp, was officially listed as a lighthouse from its opening in 1886 until 1902.

Smaller lighthouses did their bit, too, and many were immortalized by artists, as Edward Hopper did for Cape Cod’s Highland Light.

But over time, lighthouses . . . and the lighthouse keepers who kept them operating . . . came under threat.

The encroaching sea forced the relocation of New England’s Block Island lighthouse in 1993 . . . and of North Carolina’s towering Cape Hatteras Lighthouse in 1999.

But the biggest change in lighthouses came not from nature, but from advancing technology, as our old friend Charles Kuralt reported back in 1987:

“Even after electricity came to the lighthouse, somebody still had to be there to keep a wat[wpmem_field field=user_login]chful eye out for fog. No machine could do that . . . until they developed the fog detector.”

Thanks to gadgets like that, every U.S. lighthouse has been fully automated since 1998. 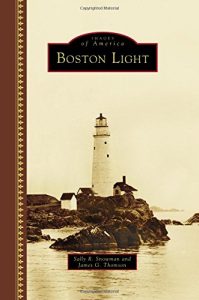 Today, Boston Light, the successor to America’s very first pre-Independence lighthouse, stands alone as the only one still with a Coast Guard Keeper.