The Norse god Thor is, of course, one of mythologys greatest warriors against the enemies of the Aryan racethe dwarves, dragons, monsters, and, yes, giants. []

Mr. Foxs good friend, fellow historian and political commentator Jack Walsh, was his mentor who taught Patrick much about the white Aryan race and its long and successful history. Patricks loyalties are to the White Aryan race first and foremost. He considers himself a cultural Christian, respectful of the role Christianity has played in the history of our race, and how Christianity once solidified and united our people. However, he views Christianity in its current form a hindrance to our interests. He agrees with Ben Klassen, that our loyalties should be to what is beneficial to the White Aryan race and that which hinders our evolution and betterment should be rejected. He believes that far too often our loyalties are placed in people and institutions which are a distraction to the further evolution of our species. Adolf Hitler once said: We must raise a new man and a new ideal. This statement encapsulates Patricks true quasi-religious convictions. Nietzsche spoke of the coming Superman, and in Foxs view the White Aryan race is the chosen people who will bring about the arrival of that superior, highly evolved race. Patrick Fox loves the White race even more than his own life, and believes we as a people have lost the potential for self-sacrifice, which is the reason our race is losing in the struggle for survival. The only way we are going to win, in his view, is to put aside all traditional religious and national loyalties, and instead embrace a new tradition of pan-Aryanism and the conviction that it does not matter if we are Irish, French, German, Russian, English, or Italian. What matters is that we are White. The only way we are going to reverse the damage the Jews have inflicted on us is to understand that we are at war and that we must utilize whatever means at our disposal to ensure victory. If we lose this battle we will perish, and the legacy of White humanity will be forever erased from the memory of mankind. We are fighting for the survival and rebirth of White civilization. The consequences of failure are the coming of a dark age, which will never end. Those are the beliefs and convictions of Patrick Fox, clear and simple.

The Solar Storm Kyle speaks with Patrick of The Ancient Aryan Societyabout our ancient past, the mainstream mockery of our people, the role of the jewish people through our history, how we struggle in an increasingly de-Aryanized world, and much more. Read the rest The post The Solar Storm: Patrick Return of the Aryans (2-5-17) appeared first on Renegade Broadcasting. []

The reoccurrence of Europoid traits in the remains of American aborigines continues to disrupt the foundation of conventional wisdom. []

An exploration of mythological and archaeological evidence for prehistoric giants: Examines the many corresponding giant mythologies throughout the world, such as the Greek and Roman titans, Norse frost giants, and the biblical Nephilim…

Aryan Talk Patrick speaks to Dr. Raphael Johnson, who is an Orthodox priest and Russian historian. They go over the history of Russia, the introduction of Norsemen into the Slavic lands, how Peter the Great went after the church, how the Bolsheviks changed Read the rest The post Aryan Talk: Dr. Matthew Raphael Johnson Russian Review (3-14-17) appeared first on Renegade Broadcasting. []

Aryan Talk Patrick speaks with author and activist Billy Roper about his thoughts on the ancient past, including the Solutreans in America, different possibilities for our future, some current events like Trumps presidency, and the role of jews in the ongoing war against Read the rest The post Aryan Talk: Billy Roper Our Peoples Past and Folkish Future (2-14-17) appeared first on Renegade Broadcasting. []

His mother was a Soviet citizen born and raised in St. Petersburg, Russia, and his father was a college professor from Oxford. He was adopted as an 8 month year old year old baby, and his name was legally changed to Patrick Chouinard. He wrote three books under this name.

90 percent of those claiming white European descent can trace their ancestry back to a single founding population that lived in Europe 35,000 years ago. []

An examination of the mythological, historical, and archaeological evidence for lost civilizations: Examines evidence of lost, ancient civilizations in Asia, Europe, and the Americas, including extensive investigation into Atlantis …

One of the most ancient and archaeologically significant megalithic sites in the world is Baalbek, which has been continuously occupied for thousands of years. []

Aryan Talk Patrick returns to discuss some recent events and the rise of White identity worldwide, some fascinating aspects of the ancient past and how our ancestors spread civilization around the world, and how it is up to us to ensure that we Read the rest The post Aryan Talk: Knowing Our Past, Reclaiming Our Future (8-23-17) appeared first on Renegade Broadcasting. []

Aryan Talk Patrick is the host for this fascinating discussion of our ancient pagan past and why it is so relevant to our struggle today. Kyle is only on for a little while in the beginning. Read the rest The post Aryan Talk: Resurgence of the Culture Creators (2-9-17) appeared first on Renegade Broadcasting. [] 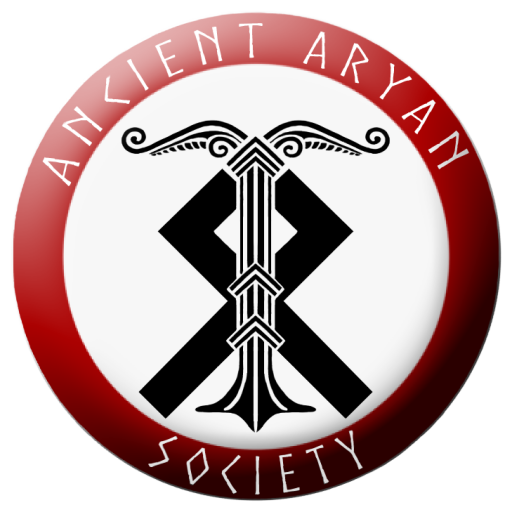 Saxo Grammaticus insisted that giants must have once existed, because only they could have built the megaliths strewn across Western Europe. []

The early beliefs of Northern Europe encompass a rich and sinister mythological tradition that includes not only giants, but an entire host of magical and mystical creatures. []

You dont want to miss out on the great content Patrick is penning for subscribers. You will also get notified every time that there is a new post.

Patrick Fox is a 37-year-old pro white journalist, radio personality, speaker and political activist.  He was born in the city of Dubai, United Arab Emirates, to European parents and raised in north-central Arkansas. Mr. Fox is contributing writer forThe Barnes ReviewandThe Renegade Tribune. He has appeared onNSM Media,Wolf Wall Street,The Realist Report,TBR Radio,Coast to Coast AM, and many other White Nationalist and mainstream talk shows.

There will be some big changes and updates coming in the future, so please be patient until then. 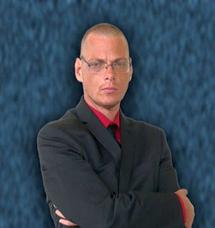 Why do we cut down and bring inside an evergreen tree and decorate it with lights? Why is Santa Claus depicted today as an elf?What ancient pagan ritual has survived into the present-day Christmas celebration? Who brought Christmas to America?…

Geneticists at the Howard Hughes Medical Institute have obtained and analyzed the genomes of the founders of two of Europes earliest civilizations. []

Aryan Talk Patrick talks about how the ancient aliens theory is bunk, how our sacred holiday of Yule was stolen from us by Christians and then again by jewish cultural marxists, how Whites are portrayed as backward cavemen while Africans are seen as Read the rest The post Aryan Talk: The Blackwashing of White Culture (9-18-17) appeared first on Renegade Broadcasting. []

Aryan Talk For the first hour Patrick speaks to John DeNugent about the Solutrean history of America, strange sightings of UFOs and what it all could mean, and other topics such as Hellstorm. In the second hour Patrick gets a call from Francis Read the rest The post Aryan Talk: John DeNugent Solutreans, Solutions & Semites (2-28-17) appeared first on Renegade Broadcasting. []

We cannot bring ourselves to decide, as a society, what kind of culture, and what kind of population we want as a nation, nor can we even define what a nation should be. []

There is archaeological evidence of the advanced nature of ancient white civilization and that the gods were in fact Ancient Aryans. []

Sub-Saharan Africans form a distinct lineage of their own, very distantly related, if at all, to that of existing Caucasian and Asian lineages. []