India was known as golden bird because of her massive wealth. In fact, most of the invaders came to India in search of wealth. Also, diamonds were found only in ancient India until it was discovered during the 18th century in Brazil.

An ancient Sanskrit text explains the concepts of aeronautics and aerodynamics. These texts predate the invention of aircraft by several years.

Chess is believed to have been was invented in ancient India. It was also a very popular game as many ancient paintings depict the game being played by Lord Krishna and his consort Radha.

The Baudhayana sutras, written by ancient mathematician Baudhayana, include a system of complex mathematical calculations similar to that of the Pythagorass theorem.

Yoga was practiced in ancient India. There are several evidences to prove that the spiritual practice was a way of everyday life for the ancient Indians.

It is interesting to note that ancient India was so advanced in science and mathematics that algebra, trigonometry, and calculus all came from India. A mathematician named Sridharacharya put forward the Quadratic equations in the 11th century.

Ancient Indians were experts in metallurgy. They had mastered the process of zinc extraction during the 10th century B.C. There are also evidences of ancient zinc mines which existed in the 6th century B.C near present day Rajasthan.

Advanced scientific concepts like test tube babies, cloning and time travel are mentioned in Mahabharata, which was written around 3rd century B.C.

Usage of anesthesia was common in ancient India. Sushruta Samhita, an ancient Indian text on Ayurvedic medicine, clearly states the usage of wine and cannabis incense before surgical procedures.

There were many popular and prominent learning centers in ancient India. Some of them were Taxila and Nalanda. They were world famous universities at that time and attracted many students from all over the world.

Ancient Indians had a profound knowledge on the sexual behavior of humans. An ancient text known as Kama Sutra gives detailed information on the philosophy of love. These texts were written around 400 BC.

Often overlooked by historians and scholars, many prominent facts about ancient India continue to remain a mystery. In fact, several details about the Indus Valley Civilization are yet to be uncovered as present day scholars and linguists are still struggling to decipher Indus script, the written language used during the Indus Valley Civilization. Also, Indian scholars argue that many scientific concepts were explained in ancient Indian texts. These texts, often misunderstood as religious concepts, predate many modern day discoveries of European scientists. There are several facts from ancient India that are truly amazing. Here are some interesting facts from ancient India.

An ancient text, which was written around 600 BC, talks about atomic theory. It clearly states that every object is made up of atoms and several atoms combine to form molecules.

Vedic texts which were written in 6th century have enough evidence to prove that ancient Indians had profound knowledge on the solar system. American mathematician and author Richard L. Thompson had released a book titled Mysteries of the sacred universe. The book clearly explains that ancient Indians were masters of astronomical studies.

Ancient Indians had a well-developed concept of water harvesting. Grand Anicut, which is also known as Kallanai dam, is the fourth oldest in the world. It is also one of the oldest dams in working condition. An artificial lake called Sudarshana was built by the Mauryas during 320 B.C.

Womens empowerment was at its peak in ancient India. Women could discuss topics that are considered taboo in todays society without fear. They even had the right to choose their prospective spouse among a group of men.

The earliest system of medicine known to modern-day humans is Ayurveda. Ayurveda was developed mainly by Charaka, a great Indian physician, during ancient times. It is the only medical system, which takes a holistic view of the person being treated.

Ancient Indians had profound knowledge of the solar and lunar events like eclipses. They even had a method to calculate the occurrences of eclipses.

There were many astronomical observatories in ancient India. Brahmagupta, an Indian mathematician, was in charge of the observatory at Ujjain.

A variety of herbs and other cleansing agents were combined to be used as shampoo in ancient India. In fact, the English word shampoo is said to have been derived from the Hindi word champo.

Navigation was an important aspect for the people of Indus valley civilization. Ancient Indians had mastered the art of navigation 6000 years ago.

Bhaskaracharya, a great mathematician and astronomer of ancient India, was the first person to calculate the time taken by Earth to orbit the Sun. He was also a pioneer of certain concepts of differential calculus. Some of his works predate the works of Leibniz and Newton by half a millennium.

Aryabhata, a great astronomer and mathematician, invented the number zero. The number system was also invented in ancient India. 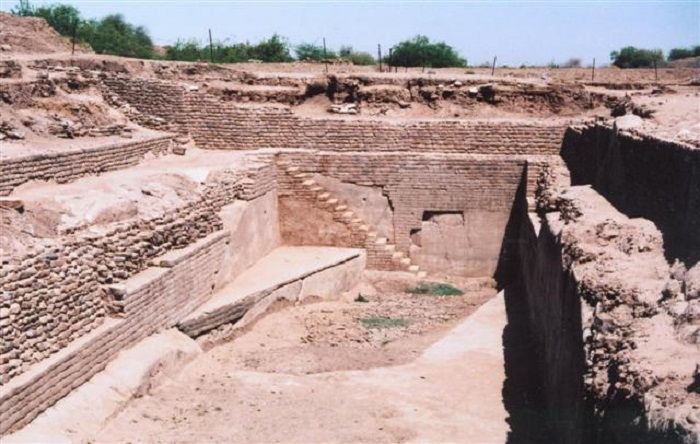