Pleasecreate an accountto get started.

Yet again this has been an extremely active year at the Center, with the production of multiple commissioned maps, the completion of several projects initiated by the Center itself, and the formation of a new partnership to apply historical mapping technology to the public good.

The Center continued its longstanding collaboration with the Pleiades Project at New York University, developing partnerships with several individuals and organizations to expand the focus of the Pleiades gazetteer both spatially (into the Middle and Far East) and temporally (into Late Antiquity and the Middle Ages). 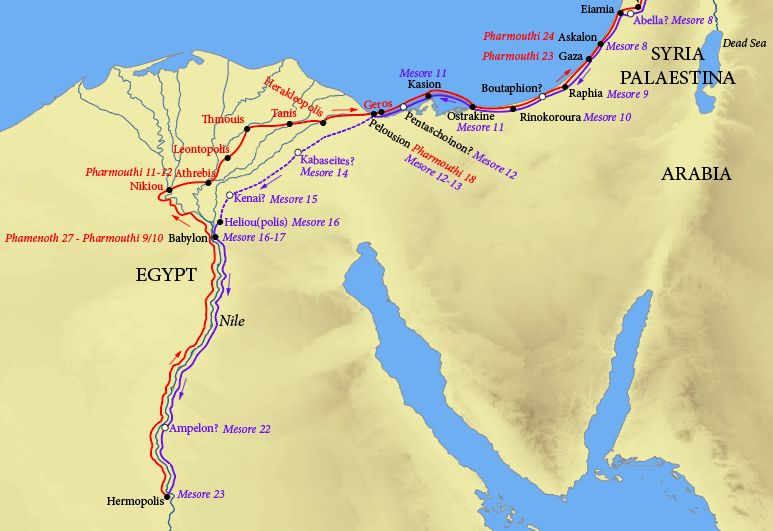 Many subjects can be favourably explored, but to ensure coherence we will limit our choice of proposals to the following topics:

This year the Center launched a new partnership for scholarship in the public interest, focusing on the role of mapping in protecting cultural heritage from human destruction.  Working with the United States Committee for the Blue Shield, the Center expanded and developed no-strike lists, inventories of cultural heritage sites (such as schools, libraries and archaeological excavations) in active or potential war zones.  USCBS coordinates with the United States and allied militaries to protect these sites from inadvertent or malicious destruction.  The hard work of Alexander Griffin, in his senior year the Centers first Cultural Heritage Protection intern, was indispensable to developing this partnership in collaboration with the History Department. 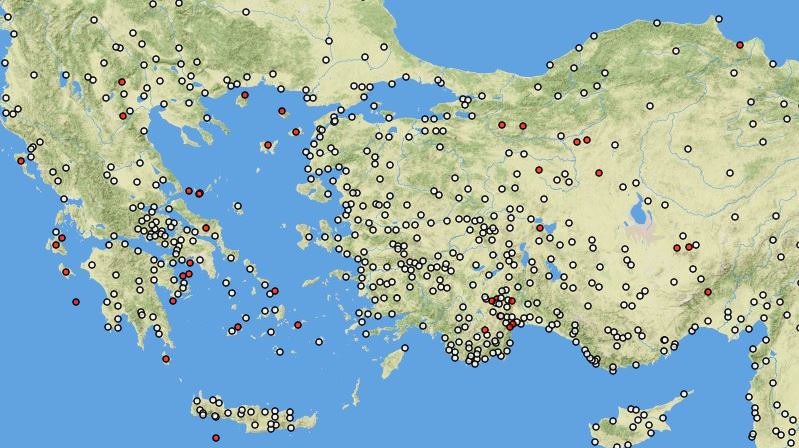 Please feel encouraged to visit the call for session 29 Mapping the Edge of Empire /themes-and-sessions/29and to propose a paper by March 1, 2018.

Congratulations to former director Ryan Horne for receiving a NEH-Mellon Digital Publication grant for his workUnderstanding Ancient Economic and Social Networks Based on Evidence from Aeolian Coins. Read more at publication-2017

About 20 participants of the workshop will read a paper; c. 5 participants will present a poster. Speaking time: 25 minutes. Only papers which directly address the issues raised in this call for paper can be considered for selection.

The work of the Centers other staff members has also been excellent two graduate students (Lindsay Holman and Peter Raleigh), and two undergraduates (Daniel Hawke and Laura Roberson).  After two years as assistant in the Center, Daniel is now graduating, and will be much missed.  So, too, will former Director Ryan Horne, whose continuing expert assistance during his postdoctoral fellowship has been invaluable; Ryan is moving to a similar position at the University of Pittsburgh.  Gabriel Moss, having most successfully completed a second year as Director, is now stepping down in order to return to the classroom.  He will be succeeded by Lindsay Holman.

Deadline for the submission of proposals for paper / poster: 30 August, 2018.

The Center is excited to announce a new addition to theMaps for Textsseries, an interactive web map of HieroklesSynekdemos,availablehere.  The map follows Hierokles text in Ernest Honigmanns edition (Brussels, 1939), and aims to supersede his four maps.  With the CentersMap Tilesas its base, the map marks all cities and regions which may identified and located with at least some confidence according to the Barrington Atlas and related publications listed below.  Greek names are transliterated as in the Barrington Atlas (see Directory, p. vii).  A full database lists all the place-names in the Synekdemos with references (thus including those that cannot be located and marked on the map).  In addition, the text of Honigmanns edition of the Synekdemos (and of the geographic work of George of Cyprus) is accessible via the CentersDropbox.  On Hierokles and George of Cyprus, see further briefly, The Oxford Dictionary of Byzantium, ss. vv.

The Center is pleased to announce a new entry in ourMaps for TextsSeries. The single, static map (available viadropbox) plots Theophanes journeys between Hermopolis and Antioch in the early fourth century C.E., as recorded in the Rylands Papyri. The map is based on the edition by Colin Roberts (1952), and the translation by John Matthews,The Journey of Theophanes: Travel, Business, and Daily Life in the Roman East(2006). The name-forms and dates marked are as in the papyri.

Anyone with an interest in the fields of the history of science and cartography should read two important new books. The first,A Companion to Science, Technology and Medicine in Ancient Greece and Romeby Georgia Irby, presents a superb overview of its subject (and should have been featured here soonerapologies). The scope of the second,The Iberian Peninsula in Ptolemys Geographyby Olivier Defaux (published byTopoiISBN 978-3-9816384-6-2), is wider than the title indicates. It should be read by everyone with an interest in any part of PtolemysGeography.

We invite both established and early career scholars interested in presenting a paper or a poster to send the provisional title, a short summary (c. 100-150 words) of their paper or poster and brief biographical note to

Papers, if of sufficient quality, will be published in the proceedings of the workshop, by Brill, Leiden Boston.

Participants are expected to cover their travel expenses, though there may be a few stipends for especially junior scholars who cannot get reimbursement from their home institutions. The organizers are going to offer accommodation and lunches to the speakers and some meals.

Duane RollersA Historical and Topographical Guide to the Geography of Strabowas published in February to accompany his translation of StrabosGeography. Details can be foundhere

After several years of work by five successive directors of the Center and many others, it has finally been possible to release the magnificent wall mapAsia Minor in the Second Century C.E.(1:750,000).  This is a larger-scale successor to the painstaking map by John Anderson (1903) and to its partial revision by William Calder and George Bean (1958).  Offered as a free digital download, the wall map has gained wide interest among archaeologists, cartographers, historians, and scholars of religion; it may also be printed (80 x 50 ins full-size).  The Center has now taken the further step of establishing a new series entitledMaps for Texts: it is designed to provide accurate, high-quality maps for a variety of ancient writings which merit that enhancement (although probably in most cases this was always lacking).  The series has been inaugurated with four maps to accompany PtolemysTable of Important Cities; two of the four adopt Ptolemys own projection using a base kindly shared by Alfred Stckelberger and colleagues, who drew it for their 2006 Basel edition of theGeography.  All four maps are offered as free digital downloads.  Next in the series, and close to completion, is an interactive web-map of HieroklesSynekdemos,Further texts due to be mapped in the series include ArriansPeriplus of the Black Sea, the geographical books (26) of Pliny the EldersNatural History, theParthian Stationsof Isidore of Charax, and the papyrus record of the journey of Theophanes.

Another book of interest for those who study the geography of Asia Minor was published earlier this year. Anca Dan and Stphane Lebretons co-edited second volume oftudes des fleuves dAsie Mineure dans lAntiquitoffers individual case studies of the history and literary attestation of rivers in Asia Minor. Details can be foundhere.

Interested speakers (20 minutes maximum) should submit an abstract of no more than 500 words together with a brief C.V. to bySeptember 15, 2018(please enter DigCart Abstract in the message subject line). Those whose papers are selected will be notified byOctober 1st.

Dukes Departments of Classical Studies and of Art and Art History and Visual Studies, in partnership with the Ancient World Mapping Center at UNC Chapel Hill, seek paper proposals for Digital Cartography, a conference on digital mapping and its multiple potential applications for a richer understanding of ancient history. We invite papers on individual or collaborative projects involving such approaches as mapping, photogrammetry, G.I.S. and remote sensing, virtual reality systems, the documentation of archaeological data, and communication both in the classroom and to a wider public. Preference will be given to proposals from graduate students and junior faculty.

The subject on „Roman Landscapes addresses the world outside the cities and focuses upon how space becomes Roman: The impact of Rome on the shaping and structuring of space, the symbolic,  literary, political and legal creation of a Roman landscape, changes in the cultivation of land related to the Roman dominance.

Those with interest in geography and frontiers will be interested in Timothy Mitfords 2 volume workEast of Asia Minor: Romes Hidden Frontier. Mitfords work situates the literary and epigraphic records from the north-eastern frontier of the Roman Empire in the terrain of the region. Details can be foundhere.