This section covers centre draught paraffin (kerosene) lamps that were sold on the English market. When finished there will be a page on most of the identifiable major brands . Most are English made, though many share some design elements with European made lamps, some were made in other parts of Europe. Many will be found in North America. Some were imported and sold when new, and others have been imported more recently as antiques and curios.

Although some of the very earliest paraffin burning lamps were centre draught models, the flat wick lamps dominated the paraffin lamp market until the early 1880s. By the 1890s there were several well established designs of paraffin centre draught lamp, all with a draught tube through the middle of the oil reservoir (fount), and all using a bulged chimney and a flame spreader in the centre of the burner to create a flower-shaped, bright flame.

Site Index for all things Perfection

In England the Duplex burner was the most popular burner design for a table lamp, so centre-draught table lamps are relatively rare. A typical centre draught lamp would cost 50% more than a duplex of equivalent quality, as both burner and fount require more parts, more labour and more brass to make them. Centre draught lamps were most often sold as drop founts ie a lamp that can be fitted into a ring or basket in either a hanging frame, a floor standard or a wall bracket.

Most likely problems are missing flame-spreaders, flame-spreader supports removed, wick tubes cut short for insertion of a bulb socket, holes drilled in the fount (for wires). Just because the lamp doesnt have an electric socket in it now doesnt mean it has not been electrocuted in the past. Founts also develop leaks both due to rough handling and due to the brass cracking (perishing). Very few parts are common from one lamp to another, sometimes a burner may thread into another lamp but not be the right height for the wick tubes. [Note from Miles. Some flame spreaders are available fromAlex Marrack.]

All of the 20 size lamps described use a chimney with a 65mm, or 2&1/2 inch diameter base. The original chimneys are typically 10 to 11 inches long and have a moderate bulge. Fortunately in England the Round English is widely available as it fits (and works well with) Duplex burners (it is also often incorrectly called a round duplex, though the actual round duplex is a different shape). The Round English fits nearly all of the 20 lamps, and works well as the bulge is correctly placed. At 9 3/4 inches long it is a tad short, but any difference in performance is only apparent if the lamp is turned up to the absolute max. Photo below shows an original 20 Veritas chimney (above) and a Round English (below).

Lamp Chimneys- Dimension of nominal base diameter by make, model and line.

USE, CARE and WICKING of CENTER DRAFT LAMPS

If you want to buy a centre draught lamp with the intention of using it as an oil lamp then you need to know what you are doing or buy from someone who does. If the seller says it is in working order then you need to ask him if hes had it burning for several hours in his house… if the seller says easily fixed then ask why its not been done. There is nothing wrong with lamps that have been expertly repaired, sadly many lamps are either beyond repair, badly bodged or have mis-matched parts.

Site Index for all things Perfection

Wicks for virtually every heater, stove and lamp made since 1850 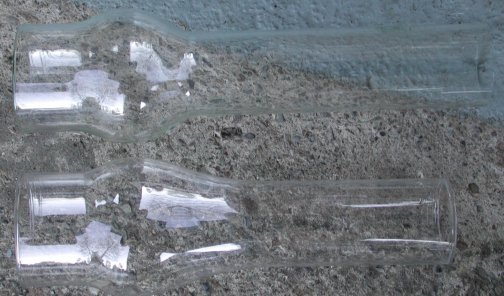