If you completed your subscription and still have not received an email,please contact us.

Located just east of the Roman Forum, the massive stone amphitheater known as the Colosseum was commissioned around A.D. 70-72 by Emperor Vespasian of the Flavian dynasty as a gift to the Roman people. In A.D. 80, Vespasians son Titus opened the Colosseumofficially known as the Flavian Amphitheaterwith 100 days of games, including gladiatorial combats and wild animal fights. After four centuries of active use, the magnificent arena fell into neglect, and up until the 18th century it was used as a source of building materials. Though two-thirds of the original Colosseum has been destroyed over time, the amphitheater remains a popular tourist destination, as well as an iconic symbol of Rome and its long, tumultuous history.

Inside, the Colosseum had seating for more than 50,000 spectators, who may have been arranged according to social ranking but were most likely packed into the space like sardines in a can (judging by evidence from the seating at other Roman amphitheaters). Awnings were unfurled from the top story in order to protect the audience from the hot Roman sun as they watched gladiatorial combats, hunts, wild animal fights and larger combats such as mock naval engagements (for which the arena was flooded with water) put on at great expense. The vast majority of the combatants who fought in front of Colosseum audiences inAncient Romewere men (though there were some female gladiators). Gladiators were generally slaves, condemned criminals or prisoners of war.

Even after the decadent Roman emperorNerotook his own life in A.D. 68, his misrule and excesses fueled a series of civil wars. No fewer than four emperors took the throne in the tumultuous year after Neros death; the fourth, Vespasian, would end up ruling for 10 years (A.D. 69-79). The Flavian emperors, as Vespasian and his sons Titus (79-81) and Domitian (81-96) were known, attempted to tone down the excesses of the Roman court, restore Senate authority and promote public welfare. Around 70-72, Vespasian returned to the Roman people the lush land near the center of the city, where Nero had built an enormous palace for himself after a great fire ripped through Rome in A.D. 64. On the site of that Golden Palace, he decreed, would be built a new amphitheater where the public could enjoy gladiatorial combats and other forms of entertainment.

We know you love history. Sign up for more!

Built in 70 A.D., Romes Coloseum has been the site of celebrations, sporting events and bloodshed. Today, its a major tourist attraction, playing host to 3.9 million visitors each year.

At this time we are unable to complete your subscription.This email address has been previously opted out from receiving any emails from A+E Networks. If you changed your mind,please contact usand indicate that you would like to subscribe to HISTORY emails.

You will soon receive an email with a direct link to your profile, where you can update your preferences.If you do not receive this email, pleasecontact us.

Gladiator Cries Foul Over Refs Blown Call From the Grave

The Colosseum saw some four centuries of active use, until the struggles of the Western Roman Empire and the gradual change in public tastes put an end to gladiatorial combats and other large public entertainments by the 6th century A.D. Even by that time, the arena had suffered damaged due to natural phenomena such as lightning and earthquakes. In the centuries to come, the Colosseum was abandoned completely, and used as a quarry for numerous building projects, including the cathedrals of St. Peter and St. John Lateran, the Palazzo Venezia and defense fortifications along the Tiber River. Beginning in the 18th century, however, various popes sought to conserve the arena as a sacred Christian site, though it is in fact uncertain whether early Christian martyrs met their fate in the Colosseum, as has been speculated.

10 Things You May Not Know About Roman Gladiators

By the 20th century, a combination of weather, natural disasters, neglect and vandalism had destroyed nearly two-thirds of the original Colosseum, including all of the arenas marble seats and its decorative elements. Restoration efforts began in the 1990s, and have proceeded over the years, as the Colosseum continues to be a leading attraction for tourists from all over the world.

Measuring some 620 by 513 feet (190 by 155 meters), the Colosseum was the largest amphitheater in the Roman world. Unlike many earlier amphitheaters, which had been dug into hillsides to provide adequate support, the Colosseum was a freestanding structure made of stone and concrete. The distinctive exterior had three stories of arched entrancesa total of around 80supported by semi-circular columns. Each story contained columns of a different order (or style): At the bottom were columns of the relatively simple Doric order, followed by Ionic and topped by the ornate Corinthian order. Located just near the main entrance to the Colosseum was the Arch of Constantine, built in A.D. 315 in honor of Constantine Is victory over Maxentius at Pons Milvius.

You will soon receive an activation email. Once you click on the link, you will be added to our list. If you do not receive this email,please contact us. To ensure delivery to your inbox,add us to your address book.

Archaeologists believe that the Colosseum contained both drinking fountains and latrines. 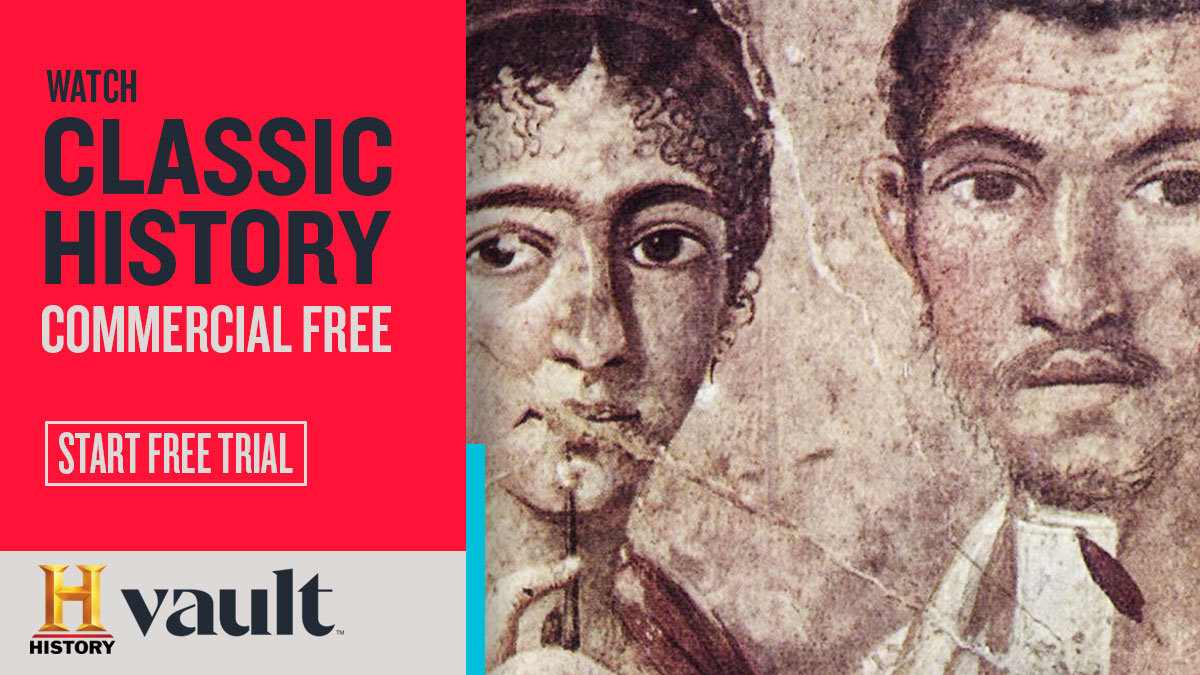 By submitting your information, you agree to receive emails from HISTORY and A+E Networks. You can opt out at any time.

At this time we are unable to complete your subscription.This email address has been previously opted out from receiving any emails from A+E Networks. If you changed your mind,please contact usand indicate that you would like to subscribe to HISTORY emails.

After nearly a decade of constructiona relatively quick time period for a project of such a grand scaleTitus officially dedicated the Colosseum in A.D. 80 with a festival including 100 days of games. A well-loved ruler, Titus had earned his peoples devotion with his handling of recovery efforts after the infamous eruption of Vesuvius in A.D. 79, which destroyed the towns of Herculaneum andPompeii. The final stages of construction of the Colosseum were completed under the reign of Titus brother and successor, Domitian.

Subscribe for fascinating stories connecting the past to the present.