The first electric headlamp was produced by the Electric Vehicle Company based in Hartford, Connecticut in 1898 but, just like the previous systems, they had numerous disadvantages that blocked companies from adopting and improve it. For example, filaments implemented inside the electric headlamps could be burned pretty fast, especially when traveling during difficult conditions. Moreover, the early system demanded small energy sources which, again, demanded more investments and high costs that nobody could support at that time.

… foglamps were officially rolled out in 1938 on Cadillacs?

… in 1961 automakers aimed to use rectangular headlamps but they were prohibited in the US?

… the first halogen light was designed by European companies in 1962?

… Cadillacs Autronic Eye was the first automated system switching between lo and high beams in 1954? 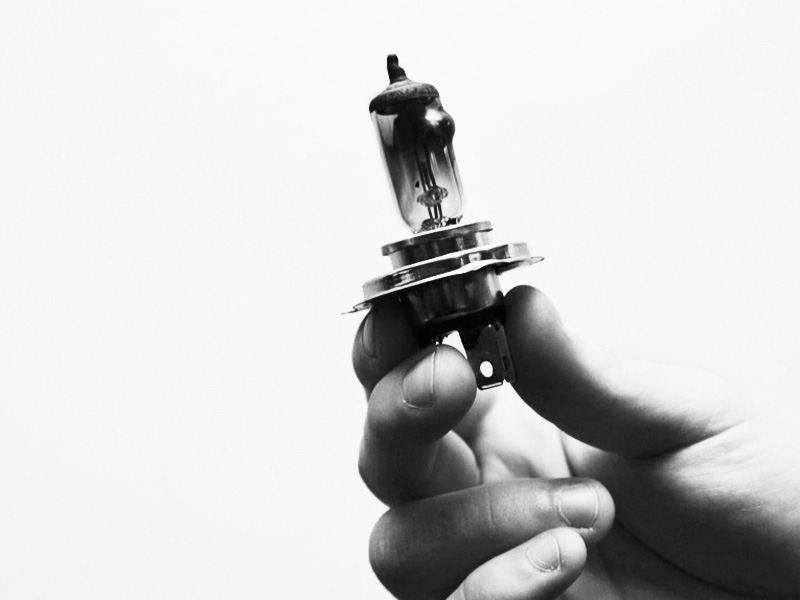 In addition, numerous automakers installed lights sensors to determine the moment the driver needs the lights (such as in tunnels and even during night) and automatically turns on the headlamps without driver assistance.

The first vehicle headlamps were officially introduced during the 1880s and were based on acetylene and oil, similar to the old gaslamps. In essence, these two substances were used to fuel the headlamps but, due to the high costs of both oil and acetylene, improving the existing systems was fairly impossible. Although they were often praised for their resistance to currents of air and tough weather conditions such as snow and rain, they were soon replaced by electric lamps.

There is way more information to share about headlamps but, in essence, this should be it. Before ending this article, here are a few did you know facts related to headlights:

Enough with the history, lets see some other interesting subjects related to headlamps.

This enables Disqus, Inc. to process some of your data.

Even though they are often regarded as safety-enhancers, daytime running lights have always caused controversy around the world. European regulators, for instance, raised questions regarding the way daytime running lights alter fuel economy and CO2 emissions. The lights are powered by electric power which, in its turn, comes from the engine. In order to produce electric power, the engine need fuel, hence fuel consumption and CO2 emissions.

A couple of car manufacturer, however, slowly migrated to high-intensity discharge systems, also known as xenon headlights, which are said to provide even more light than halogen units. The first model to implement such a system was the 1991 BMW 7 Series.

History of Automotive Headlamps – From Acetylene to LEDs

Last-generation models incorporate even a more advanced system compared toHID, this time based on LEDs. Unfortunately, but, due to high costs of research, development and engineering, companies are still in doubt whether to migrate to this kind of headlamps.

The first countries to impose strict regulations regarding daytime running lights where those located in Scandinavia. Sweden was the first nation to adopt special laws in 1977, followed by Norway in 1986, Iceland in 1988 and Denmark in 1990. Finland made daytime running lights mandatory on all roads in 1997.

We can hardly imagine a car without headlamps nowadays, as driving an automobile during night without these now-mandatory parts is surely impossible. However, there were times when people actually drove vehicles without headlamps (sure, they werent actually real vehicles and only a few of them were in fact powered by combustion engines). As time passed by, technology evolved and headlamps became mandatory in all countries across the globe, something that reduced the risk of accidents. According to the United States National Highway Traffic Safety Administration (NHTSA), approximately half of deadly accidents occur during night, despite the fact that night driving accounts for only 25 percent of overall traffic in the US.

Getting back to xenon headlamps, all high-intensity discharge lights require a ballast, including an ignitor, which controls the current sent to the bulb. The ignitor comes as a stand-alone element in D2 and D4 systems and as bulb-integrated elements in D1 and D3 assemblies.

… the first 7-inch round sealed beam headlamp saw daylight in 1940?

Automakers around the world have created wide range of very advanced technologies related or connected to vehicle headlamps.

The Advanced Front-Lighting System, also called asAFS, is currently installed on models produced by Toyota, Skoda and several others (most automakers prefer to use their own names although, in essence, the systems are based on the same principles). The AFS is basically a high-end technology relying on a series of factors, including steering angle and a number of sensors, to determine the driving direction and slightly adjust the front-lighting systems direction. A few prototypes rely on GPS and navigation details to anticipate road curves and adjust the lighting directions before entering a curve.

Guide Lamp Company was the first company to introduce the low beam headlights in 1915 but, since most systems required drivers to step out of the car and turn on the lights manually, Cadillac developed its own assembly activated by an interior-mounted lever controlling the exterior lights. But even so, the first modern light bulb, incorporating both the low and the high beams, saw daylight in 1924, being followed by a foot-operated dimmer switch invented three years later.

However, dont imagine that using high-intensity discharge lights is only milk and honey. First of all, xenon lights produce considerably more glare than the other types of headlamps. Secondly, all systems have to be equipped with headlamp lens cleaning systems and automatic beam leveling control, with both measures especially aimed at reducing the amount of glare produced by these lamps. Last but not least, xenon is way more expensive than any of the other types of lights, counting here both the purchase and the install process (without mentioning the repair process that is often covered by warranty costs).

Compared to the other types of headlamps, xenon units provide way more light, obviously improving visibility when driving during night. More importantly, the estimated life of a xenon light is 2000 hours, much more than halogen lamps (between 450 and 1000 hours).

This didnt stop Cadillac from rolling out the first modern electric headlamp system in 1912, a new assembly which, compared to its predecessors, could be used even during rain or snow without the risk of getting burned.

The first halogen headlamp was officially unveiled in 1962 in Europe and became mandatory in several countries except the United States that used non-halogen sealed lamps until 1978. However, thanks to their capability of producing more light than traditional lamps using almost the same amount of power made halogen headlights the most popular around the world, with most automakers still using them on their latest models.

Daytime running lights for instance are a bit different lighting devices mounted near or close to regular headlamps and are especially supposed to be used during daytime, no matter the weather conditions or other factors. This type of lights allows other drivers on the road to better notice an incoming vehicle, especially on highway or country roads.