Oman, an interesting case in oil in the Middle East

To compare, as of January 30, 2017, merely a month into OPECs production cuts, JP Morgans globaloutlook2017 suggested that oil markets look set to tighten further in the coming quarters as better than expected compliance from OPEC ensures drawdowns in oil inventories.The bank had expected back then Brent at US$58.25 for 2017 and at US$60 for 2018, and WTI – at US$56.25 a barrel in 2017 and US$58 in 2018.

Related:The Dark Side Of The Oil Tech Boom

In the oil markets, however, four months is a very long time, during which it became evident that OPECs efforts failed to draw down the glut in six months, and failed to lift prices. And now JP Morgan is the bank warning that oil prices may go substantially lowernot only compared to previous price projections, but also compared to the current price of oil.

Last week, Goldman Sachscutits Brent price forecast for this year to US$55.39 per barrel from its previous estimate of US$56.76 a barrel. It also revised down its WTI projections to US$52.92 from US$54.80 a barrel. Just days before that, Goldman said that it sees theoil glut returningafter OPECs deal expires.

Currently, the expected surge in supply after the OPEC deal ends, coupled with continuous U.S. production gains, does not bode well for oil prices to move much higher in 2018 than they are now.

As we have previously flagged, the longer-term consequences of OPECs actions will likely prove unpleasant for the cartels members,JP Morgans Martin said.

The U.S. shale-vs-OPEC-cuts tale has been the predominant theme in oil markets this year, and like the cartels output cut, it will be rolling over into next year as well.

If OPEC wants to keep the market balanced next year, they will probably need to extend the production cut to all of 2018, Martijn Rats, managing director at Morgan Stanley in London, toldBloombergin an email.

Pemex Resigned To Hold Auctions For Just 7, Not 160 Oil Projects 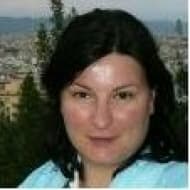 Alberta Energy Minister: Turning Off Oil Taps To B.C. Is No Bluff

It seems someone at JP Morgan is reading my analysis on Tom Kools article titled Oil Prices Set To Rise On Back Of OPEC Deal Extension where I predicted May 16th a price year end around 40-43 , with the caveat that Venezuela stays together as a state oil exporting nation. ALso FEDs telegraphing rate increases. Hmmmmmmmmmmm ??? Makes one scratch their head.

Tsvetana is a writer for the U.S.-based Divergente LLC consulting firm with over a decade of experience writing for news outlets such as iNVEZZ and

Nothing contained on the Web site shall be considered a recommendation, solicitation, or offer to buy or sell a security to any person in any jurisdiction.

Tsvetana is a writer for the U.S.-based Divergente LLC consulting firm with over a decade of experience writing for news outlets such as iNVEZZ and

The materials provided on this Web site are for informational and educational purposes only and are not intended to provide tax, legal, or investment advice.

How solar and wind benefits Republicans

Venezuela: $2B Award In Favor Of Conoco A Tough Lesson For U.S. Oil Firm

Russia retaliate: Our Response to U.S. Sanctions Will Be Precise And Painful

Can The Saudi Stock Exchange Handle An Aramco Listing?

For 2018, it was JP Morgan that made the most drastic cut to its oil price projections, expecting not only U.S. shale to continue roaring back at OPEC, but also the cartels deal falling apart by the end of this year.

Other analysts do not see the current cuts balancing the oil market next year.

EU Will Not Negotiate U.S. Tariffs Under Threat

Now, theyre dead, they allowed the tap to be turned on and gave US companies breathing room to get even better at drilling and recovery, insuring production will be so high that oil prices cant rise for years (if ever). Im not sure flooding the market would have worked in the long run anyway, but throwing away two years of pain, and some gain, that was just stupid.

If B.C. Wins Case On Environment, So Will Alberta

Every time I read a new article stating that oil inventories will get lower, I just laugh and shrug it off. This will never happen since US shale production is at a momentum and filling the gap left by OPEC. Keep adding oil cuts OPEC and US shale will fill up those cavity happily.

I thought at the time Opec was shooting itself in the foot, throwing US shale a lifeline to allow it to hedge forward. If they had let the new production from Iran, Libya and others further flood the market and crash oil prices into the $30s for a prolonged period, they might have had a chance to do real damage to shale during the subsequent borrowing base redeterminations, and further interrupt the supply infrastructure, ruining companies like sand suppliers, only one or two of which would have been capable of surviving.

Merchant of Record: A Media Solutions trading as m

Humans vs. Robots:What Are The Roles That Humans Can Do That A Robot Cant?

Saudi Aramco Appoints First Woman To Board Of Directors

Iran Claims Its Oil Exports To India Are Not Dropping

U.S. Sanctions: Russias 50 Richest Businessmen Have Lost Close To $12 billion In One Day

OPECs Venus Fly Trap: Cut production by enough quota to allow U.S. companies to receive cash flows and create investment opportunities. As soon as companies are extended to a vulnerable level; flood the market with maximum capacity production and send these American fools down a one way street to bankruptcy.

Oil Prices are Starting to Rise Too High

On the other hand, U.S. crude output is expected to keep growing for several quarters due to lower breakeven costs and higher investment, according to JP Morgan.

Neither the length of the extension, nor the compliance rate of its participants, concerns me as much as OPECs lack of an exit strategy. If OPEC really has the courage behind their convictions, then the optimal decision would have been to extend cuts through the end of 2018,Ebele Kemery, head of energy investing at JP Morgan,saidon the day on which OPEC announced they would roll over the cuts.

U.S. shale production is expected to continue growing through this year and into next year. Meanwhile, JP Morgan sees OPECs extension deal ashaving no exit strategy, with the cartel not communicating what its end game is.

Major banks, the same that at the time of the initial OPEC deal were seeing the markets tightening and glut eliminated as soon as the second or third quarter this year, have started slashing their oil price forecasts for this year and next, as the six-month OPEC deal failed to rebalance the markets and cuts were extended into March 2018.

Major investment banks hastened to revise further down their oil price projections, seeing a flow of supply hitting the market as soon as production cuts expire in March 2018. Add the second U.S. shale boom to this, and it looks like the glut will return with a vengeance in 2018.

We assume that the OPEC/non-OPEC deal collapses at the end of 2017, as cheating becomes untenable for core OPEC members. Consequently, the 2018 oil market balance now points to rapid builds in inventories which, absent continued OPEC support, should depress oil prices, David Martin, executive director at JP Morgan, said in the banks note, as quoted by Business Insider Australia.