If successful, this could help Kazakhstan move from being a middle-income to a high-income country.

Moreover, Kazakhstan is and will remain part of a Russian-speaking sphere, legacy of Tsarist Russia and the Soviet Union, and has little in common with the culture of the former Middle Kingdom. This too may provide Kazakhstan a layer of protection.

It is time the industrialised world start looking at Kazakhstan and Khorgos in particular as strategic spots.

In contrast to the bustling Chinese side of the border, the Kazakhstani side was quiet.

In Kazakhstans largest city of Almaty and its seat of government in Astana, there is a clear public reticence towards the Chinese embrace. Although reliable public opinion data is sparse, experts and officials told us there was a palpable anxiety among many Kazakhs.

A construction crane is seen next to a House of Culture at Chinese part of the China-Kazakhstan Horgos International Border Cooperation Center in Horgos, China May 12, 2017. (Photo: REUTERS/Shamil Zhumatov)

About 4,500 of them come daily to this zone by bus or train from Kazakhstans largest city Almaty and from smaller towns to buy cheaper Chinese goods. 15,000 Chinese traders and shoppers do the same, but seem to stay on the Chinese side of the zone for now.

Chinese interest in the country is both a blessing and a curse. China boasts that Kazakhstan joins 67 other countries in receiving Chinese-built infrastructure networks of railways, roads, digital facilities, ports, airports and energy plants.

Currently, five cargo trains per day come through this station. The goal is 40 per day says one of the operators, a Kazakhstani man fluent in Mandarin.

The nearby Altynkol train station received 40,000 containers in the first 10 months of 2017, double last years traffic. The ultimate goal is for trains to be able to travel the 3,000 km across Kazakhstan from China via Khorgos, all the way to the Caspian Sea and into Russia.

This complicates Astanas efforts to support the development of small- and medium-sized enterprises to operate along the New Silk Road. Its hard to see how local capital (let alone foreign direct investment from the West or Japan) would compete with the gargantuan China.

Get the news that matters in your inbox every morning!

There is also a plan to build a city of 100,000 to house the people to be employed there.

Meanwhile, the Kazakhstani side of the tax-free zone is being equipped with duty free shopping malls, hotels, restaurants and even a museum, as well as possibly a casino and a local amusement park to attract Chinese tourists.

In spring 2016, for instance, protests broke out against a proposed regulation later withdrawn under public pressure that would make agricultural land available to foreign companies on long-term lease. The general sentiment was that Chinese companies would benefit directly, something many Kazakhstanis were uneasy about.

Our exposure to the Khorgos Eastern Gate began with a visit to tax-free shopping malls that straddle the Chinese-Kazakhstani border.

Khorgos – a bustling town along the old Silk Road almost a millennium ago, but one that lost its commercial vitality in medieval times as trade shifted to sea routes – is reawakening under the Chinese-driven project.

As part of the initiative, Beijing also promises to deliver outcomes for transit countries. China is said to be spending several billions of dollars each year in 60-odd countries.

The once sleepy Kazakhstani region next to the Chinese border, long considered the middle of nowhere, now hosts the China-Kazakhstan tax-free border zone (administered by the International Centre for Business Cooperation, or ICBC), the Khorgos Gateway Dry Port, the Altynkol railway crossing, and a major land crossing under construction.

tag, and before any other scripts. Your first data will appear automatically in just a few seconds. —

For example, most freight trains travelling from China to Europe via Central Asia have returned empty. This may offer some breathing room for Kazakhstan to better prepare itself.

The practically empty shop we stepped into had shelves filled with Chinese products. It looked like a Chinese outlet rented by Chinese traders to cater to presumably primarily Chinese customers.

Chinese business in Kazakhstan is booming anyway, encouraged by Beijings credits, often via the China Development Bank or the China Export-Import Bank. However, these credits often come with strings favoring Chinese companies, products and labour.

The once sleepy Kazakhstani region next to the Chinese border is reawakening under the Belt and Road Initiative but anxiety over the embrace with China is palpable, say two Brookings Institution observers.

The asymmetry is concerning. The Chinese influx is occurring at a time when Western governmental and private sector interest in Central Asia is at best limited, at worst receding.

The answer to these questions is more likely to be in the positive if other economic powers take more interest in Kazakhstan.

The Belt and Road Initiative remains a work in progress, with many uncertainties. For the time being, it is still vastly more profitable to ship goods by sea from Asia to Europe than through land.

The possibilities are wide, but remain vague and long term, like the BRI itself. On the Chinese side of the border, there is a nascent line of skyscrapers, and the population is said to hover around 100,000, with new companies moving in (at Beijings encouragement).

The window of opportunity is likely to close very quickly before the Kazakhtani leg of BRI fast transforms the country into an open market for primarily China.

But at the same time, Kazakhstan risks becoming overwhelmed by Chinese economic influence. Some fear the countrys sovereignty could be eroded.

Russia, the traditional hegemon of the region, still carries a strong political and cultural weight, but its Eurasian Economic Union so far has not offered an economic alternative to Chinas BRI.

While political elites are warming up for a tight embrace with China, ordinary citizens seem to be growing more worried, with discussions of the China threat serving as a staple of public discourse on security and the future of the country.

While Kazakhstani officials are keen to display the models showing how all this will look like once completed, the only activity for now comes from Kazakhstani nationals who travel to the tax-free zone.

However, he also warns that in the end, Kazakhstan is walking a shaky path alongside its giant neighbour. It needs to expand and develop its economy in times of political uncertainties, yet rising cooperation with China is not without risks.

Once this happens, Kazakhstan would have succumbed to Chinese terms of trade and investment. This may well weaken and undermine the US-led international liberal economic order.

The Dry Port container yard is running at low capacity now, but can handle 18,000 containers with a plan to double that within a year. Two huge 41-ton gantry cranes tasked to handle these containers dominate this Eurasian landscape.

Time will tell whether the Kazakhstani side will come to resemble the Chinese one.

Kazakhstan is a critical node and now on the verge of Chinas embrace. Not surprisingly, the government in Astana is keen to benefit from the project: It seeks to diversify its economy away from exporting oil and natural resources and wants to improve its road and rail infrastructure in order to expand its logistics sector.

Kazakhstan is the ninth-largest country in the world in terms of territory, but its population and GDP are utterly dwarfed by its neighbour China. Its national population is less than that of Beijing alone, and Chinas economy is 45 times that of Kazakhstans.

But its value to China is significant: Kazakhstan is a key transport belt to get Chinese products to markets in Europe.

But how long will these layers of protection last? Will Kazakhstan be able to cash in on the New Silk Road and bring new prosperity to its population without suffocating under the Chinese embrace?

Chinas political influence is still minimal, sinologist Konstantin Syroyezhkin told us, but he points out that between 2013 and 2016, the number of Kazakhtani students in China has tripled to 15,000 per year. 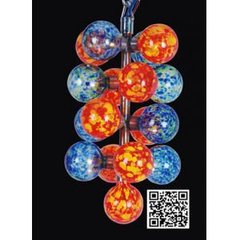