After leading Rome to more military success, Sulla was appointed dictator around 81 B.C. Power was no longer shared by the people of Rome. Julius Caesar took control of the city in 49 B.C. and was assassinated in 44 B.C. After one last attempt by the citizens to restore the Republic, Rome instead became an Empire, led by Caesars nephew Octavian.

Because Italy was constantly at war around this time, Romans soon came in contact with Greeks in the third century B.C. The Romans admired Greek art and architecture, and it began to show in Rome as soldiers brought souvenirs home from war. Rome was also considered the most powerful city in the Italian peninsula by now.

By the first century B.C., following a war between Rome and its allies (the Social War) and slavery uprisings (the Servile Wars), nearly all free Italians were Roman citizens. However, Romes Republic political system soon suffered a major blow.

The Esquiline, Palatine, and Quirinal united into a compact community enclosed by a wall around 500 B.C. This wall measured more than five miles long. Four regions of the city were then formed: Suburana, Esquilina, Collina, and Palatina.

Rome acquired a reputation as a strong military force; however, after fighting so many wars, the population began to drop between 250 and 200 B.C. This set Rome back and stalled the citys progress for a while. By 150 B.C. the population was strong again. Aqueducts (water bridges) began to be built, supplying many of the citys residents with access to water.

The areas slopes were cleared of trees, and houses and temples began to be built throughout the area. Paths between the communities were rutted and lined with gravel from the Tiber. People used these pathways to visit others and trade food, clothing, and other items.

In addition to being a strong military force, Rome itself became a city well known for its art, architecture, and other areas of society. Many people from all over the world wanted to live in Rome, which was much like a modern day New York City.

Rome was famous for its amphitheaters, which hosted gladiator fights, chariot races, and other events. In many ways, it was the best place to witness plays, performances, and athletic contests.

Much of Ancient Romes history has had a lingering effect on our world today, and our citizens have learned much from their way of life. Next time you are in a marketplace, a town hall meeting, or even a school play, remember that Roman boys and girls did these very same things more than 2,000 years ago.

The Forum became a great representation of Rome and all that it offered. Located between the Palatine and Capitoline Hills, the forum is probably the most famous meeting place in the history of the world. Romans would gather here to see leaders speak, to participate in elections, or to simply interact with citizens from other towns.

Although the area was ruled by Etruria, Rome rebelled around 500 B.C. and gained independence. At this time, a Republic was formed, meaning the city would elect leaders and not be ruled by kings.

By the fifth century B.C., a circle of hills near the Tiber River formed the area that would become Rome. These are the names of the hills: 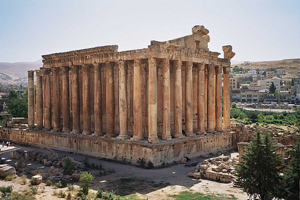 Humans have lived in the area known as Rome for at least the last 6,000 years. The myth of Romes beginning tells the tale of its first ruler, Romulus, killing his twin brother, Remus, and naming the city after himself. However, it is not actually clear where the name Rome originally comes from.