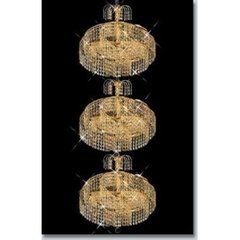 Capcom just reported that it had the most profitable year ever, so now it is planning to release two major titles by March 31, 2019.

NASA Shares Photos Of National Parks, As Seen From Space

Building In São Paulo Goes Up In Flames, Collapses

If ZTE is selling off its smartphone business, its Chinese rivals Huawei, Xiaomi and Oppo are interested in buying it.

NASAs Chandra X-ray Observatory has found evidence for thousands of black holes within three light-years of Sagittarius A*, the supermassive black hole at the Milky Ways center.

Why Is Apple Removing Some App Store Apps?

Release Of Americans By North Korea Sets Stage For Summit

The companion appeared as a tiny dot in the recent set of images taken with ESOs Very Large Telescope.

Yahoos new messaging app has an invite-only model and features that are reminiscent of Slack and Discord.

Detecting biosignature is just one piece of the puzzle, as scientists also have to determine how these fingerprints of life may change with time.

When Is LG G7 ThinQ Coming To The US?

Walmarts Canadian website may have leaked several unannounced video game sequels ahead of E3, such as Borderlands 3.

No Virtual Console On Nintendo Switch After All

When Is LG G7 ThinQ Coming To The US?

The Han Solo Season for Battlefront 2 also includes outfits for Lando and Leia that are inspired by the opening act of Return of the Jedi.

Apple is reportedly removing apps from the App Store that violate its guidelines on sharing location data with third parties.

Preorders for the LG G7 ThinQ will open in South Korea this week. How about in the United States?

The strange exoplanet is 20 percent larger than Jupiter and fits in the category of hot-Saturn or planets with extremely high levels of temperature.

Niantic is planning to make the AR maps available to third-party app developers.

The bug appears to be affecting iPhones and iPads running iOS 11.3 and the beta releases of iOS 11.4.

More Bogus Claims Of UFO Sightings, One From Mars

Apple is reportedly planning to sell subscriptions to streaming services through its TV app.

NASA has partnered with Uber to make the latters goal of launching flying taxis possible.

Apple has been granted a patent for a circular display that appears to be designed for the Apple Watch smartwatch.

Apples iOS 11.4 update includes a security feature that disables the Lightning ports capability to connect to computers and other USB accessories.

Electronic Arts is keeping loot boxes in its FIFA titles and other games though gambling regulators are clamping down on microtransactions.

Samsungs new headset will support augmented and virtual reality experiences, and it might make its first appearance in August at IFA Berlin.

Nintendo has announced an official charging stand for the Switch console.

Sony Interactive Entertainment has made some changes to the warranties of its PlayStation consoles in the United States and Canada.