More than just opinions, you will find original films produced by your editor,Alessandro Cima. The films range from kid-friendly animations to horror, documentary and experimental film works intended for gallery and festival showings.

THE STORY OF THE HUSBAND AND THE PARROT

We will be adding interesting things to our Arabian Nights pages over the next few months. You will find audio versions of some stories, illustrations, animations, additional stories by different translators, and information about the history of the stories.

THE STORY OF THE GREEK KING AND THE PHYSICIAN DOUBAN

THE STORY OF THE FIRST KALENDAR, SON OF A KING

Frankenstein The Creature Must Die!

THE STORY OF THE SECOND KALENDAR, SON OF A KING

THE STORY OF THE VIZIR WHO WAS PUNISHED

If you want to listen to our 1-hour audio version ofAli Baba and the Forty Thieves,click here.

THE STORY OF THE BARBERS SIXTH BROTHER

Pingback:The skirt tales from five and a half weeks floraisonmagnifique

Then there are the original audio stories for children, including a wild pirate adventure and some classic novels.

Pingback:Audio Version of the Nights Arabian Nights in Literature and Culture

Dig into the stories menu for a collection of illustrated tales that first found an audience for this site.

The Edward Lane Version (published in 1841): 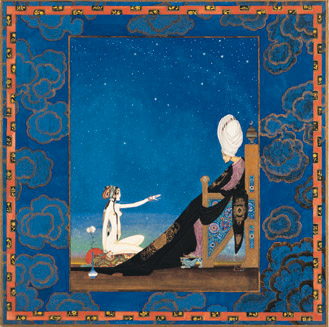 The Arabian Nights include fairy tales, fables, romances, farces, legends, and parables. The tales use a sweeping variety of settings, including Baghdad, Basrah, Cairo and Damascus, as well as China, Greece, India, North Africa and Turkey.

THE ADVENTURES OF HAROUN-AL-RASCHID, CALIPH OF BAGHDAD

We offer here a selection of the Arabian Nights tales. There are hundreds in existence. These are versions translated by Andrew Lang in 1898 and Edward Lane in 1909. They are in the public domain and may be freely copied and shared.

THE STORY OF THE SECOND OLD MAN, AND OF THE TWO BLACK DOGS

STORY OF THE THREE KALENDARS, SONS OF KINGS, AND OF FIVE LADIES OF BAGHDAD 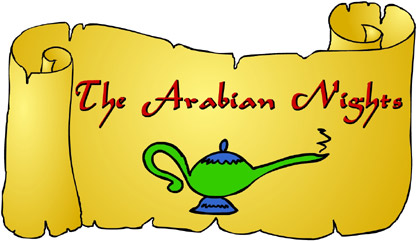 Thanks for sharing your thoughts on stories. Regards

THE SEVEN VOYAGES OF SINDBAD THE SAILOR

You will also find a collection of original games that may appeal to those still enjoying the pleasures of unique independent browser games programmed in Flash.

The Andrew Lang Version (published in 1897):

THE FIRST VOYAGE OF SINBAD THE SAILOR

STORY OF THE BARBERS FIFTH BROTHER

THE ADVENTURES OF PRINCE CAMARALZAMAN AND THE PRINCESS BADOURA

STORY OF THE THIRD KALENDAR, SON OF A KING

Your email address will not be published.

There are versions of these stories in many languages and they all convey the great sense of adventure, truth, fantastic imagination, justice, and faith embodied by the great civilizations that contributed stories and ideas to the collection.

THE STORY OF THE BLIND BABA-ABDALLA

The Arabian Nights are not necessarily intended for young children. They contain violence and mature situations. Please exercise care when reading them to young children. Try reading the story you are interested in first, then decide if it is appropriate material for your young listener.

Is it possible, that by telling these tales, one might indeed save ones self?

THE STORY OF THE FIRST OLD MAN AND OF THE HIND

THE STORY OF THE YOUNG KING OF THE BLACK ISLES

These fanciful, sometimes brutal tales, revel in the art of storytelling. The underlying suggestion of the Arabian Nights is that a fantastically precious jewel exists which, when it comes into contact with people, actually changes them. The jewel is the maginicently powerful art of story. There may not be any better examples in the world of how art, trickery, magic and craft can swirl together and form a world that every reader and listener wants to enter. Regardless of the situation presented in any particular Arabian Nights story, the assumption contained in the story is that life is always worth living and that human endeavor, along with human weakness, is a wonderful and fascinating thing to behold. These stories form a powerful mental connection between the ancient civilizations of the East and those of the West. Moreso than any other piece of writing in history, these stories illustrate that the minds of the East and of the West consider carefully the same subject matter.

The character, Scheherezade thought so. In fact, she tells each of the Arabian Nights tales in order to survive a little longer at the mercy of her listener, the Sultan.

Pingback:Scheherezade at the Buffet Counter

The Arabian Nights stories are some of the worlds great treasures. They have existed for thousands of years, consisting of tales told in Persia, Arabia, India and Asia. The Arabian Nights (also known as The 1001 Arabian Nights) have inspired writers the world over with the ancient power of story.

THE STORY OF THE MERCHANT AND THE GENIE