With the advent of the diesel and electric locomotives the old lamp gave way to electric marker lights serving the same purpose. These have recently been phased out.

Shortly after 1888, when he purchased some earlier patents and organized the National Electric Headlight Company, Robert Pierce of Indianapolis produced an instrument that operated continuously from terminal to terminal. Within eight years his lamp was in use in 20 railroads in the US and on two foreign railroads (4).

The Boston and Worcester Railroad Company is preparing a very bright headlight with powerful reflectors, to be placed in front of the locomotive which is to be run on the road after night.

This form of lighting could only have been a stopgap measure. In August 1840 the Boston and Massachusetts Advertiser announced

This was one of the best things that I have ever done. I did it in 1983 as a college project. This was pre-internet and it took around 3 months to find the information. On the internet today it would take a matter of days.

The need for a headlamp was simply as a nighttime indication of an incoming train to staff on the permanent way. This was especially for signalmen and railway policemen who, in the early days, hand signaled trains from the track side. The headlamps were small oil lamps that could be fixed onto the front of the locomotive. (16)

The transportation of freight at night is a very material gain at this point of time.

The headlamp has been nursed out of its infancy by far-seeing engineers. These engineers had the determination to operate trains at night with a speed and safety equal to that possible in the light of the brightest day.

Stone obtained a patent on a steam turbine that could power a generator. I allways knew that they participated in electric lighting of trains.

Fairly powerful headlights have now appeared on modern motive power in Britain. This is particularly to give line side staff and permanent way workers warning of the approach of a train, in particular the fast modern trains such as the high speed trains.

In the early years of the 20th Century various headlamps were introduced using acetylene gas which although the results were very encouraging, never really took off in a significant way.

I have one quibble with this piece. In American practice, the object described is called a headlight. From earliest days, the unfenced railway lines required their use at night. Ive never seen a reference calling them headlamps. The author described the British headlamp, which used to identify the train to signalmen. Nothing like that was common in American practice. (Locomotives carried classification lights to identify extra trains with white and green to indicate a following section, with flags used in daylight. A regularly scheduled train carried no flags or class lights.)

How can identify a Pyle national headlight

Pyle and the old National Company organization joined forces. Now the Pyle-National Company, the firm began production of the new light and in 1899 sold 472 Pyle-National headlights. Up to the previous year, less than 175 electric locomotive lights had been manufactured in the United States.

Current American law requires all locomotives to carry two flashing headlamps that must be operated when the train is running over or coming up to level crossings. The only type of lamp that fulfills these regulations is xenon strobe. These flashing headlamps are used in conjunction with a main headlamp. It is hoped that it will make level crossings without warning signals or barriers much safer. (14)

On the move Business Travel template

I have some train headlights they are made of thick glass with large filaments on the inside.They are 12 volt 480 watts. Made by general electric and westinghouse. Anyone now the dates these where used.

The role of the locomotive headlamp is not as one may suspect to light up the track for the driver. Unlike a car, the momentum of a train traveling at a reasonable speed means that it unlikely that it would be able to stop if it saw an obstruction.The main purpose of the headlamp is that it can warn people on the track ahead of an approaching train, and with sufficient time for them to take evasive action. The other main benefit is the ability to light up whistle posts and landmarks.

I have what I have been told is a 1940s New York Central Railway cast aluminum locomotive headllamp in excellent condition and various brass whistles and an oil marker or switch lamp. I dont know what they are worth and dont have any resourses to find out. Any suggestions?

It was a Mars Light, named for the name of the company that manufactured it.

A history of the railway locomotive headlamp from its dim beginnings to todays brilliant lamps.

Ever since the railway locomotive was invented there was a need to operate the railway safely during the hours of darkness, which represents well over one third of the day. Since the first night travel in the 1830s the railway headlamp has taken a variety of forms and has been beset by technical problems. Today, the headlamp is now a mere standard fitting, very much of an afterthought in locomotive design. 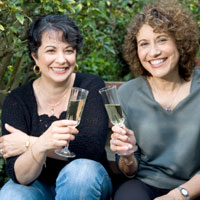 A painting on the locomotive W A Smith showing a portrait of the former president of the North Carolina Railroad (later the Southern Railway).

Once I went to a museum with Russian steam locomotives. I was impressed!

I have a steam engine large kerosene or whale oil burning headlamp in great shape.what is it worthis there any persons that auction these type of items..please let me know.

The History and Evolution of the Railway Locomotive Headlamp

In 1896 George Pyle, who had been associated with Pierce in the National Company, adapted and elaborated on the newly developed steam turbine for use with the headlight. He also developed a simpler arc light.

By the time of the American Civil War, the headlight had been standardized in the form of a box with a glass front. Some of these lamps were of a considerable size up to 26 inches high and 23 inches wide. Often plain in appearance, these were sometimes decorated with landscapes, animal studies, portraits and other works of art.

In 1881 the Westinghouse Air Brake company was reported to be replacing electric lamps in the place of oil lamps (6). Run by dynamo, the largest problem was that of supplying electric power when the train was in a station. The carbon arc lamp, familiar to many from its use as an anti-aircraft lamp, produced a light that was so bright that it would temporarily blind the drivers of incoming trains(7). The only alternative was to turn off the beam of the lamp while in the station.

In the UK, most, if not all of the track is fenced off from the public. However in the United States, with many miles of unguarded track and unguarded level crossings, the requirements for a powerful headlamp were more important.

With the widespread introduction of the diesel locomotive, it became possible to operate the headlight off a battery that was charged by the locomotive generator itself turned by the diesel engine.

In Great Britain most of the railway network and every level crossing is gated or appropriately guarded. (15)

It was believed that candles were used to produce this bright light. In any case the fire car was now a thing of the past.

Back in the sixties,when I was a kid, Id watch the NP North Coast Limited come into town. It had a head light that moved back and forth I used to call it a googly light. I was once told its tecnical name, that started with M, but I cant remember it any more. Does any one remember that?

In 1902 a powerful arc lamp was developed which had a vertical beam as well as a horizontal beam. The vertical beam, which served well as an indication for other train drivers and people crossing the line, had been seen at up to 21 miles on a cloudy night. (9),(10)

The arc lamp was a big step forward in the development of the locomotive headlamp. However the largest breakthrough occurred in 1913 when a new ductile tungsten filament was developed with a new method of attaching the filament to the lead in wires. This was strong enough to resist the vibration of a powerful locomotive. (12) Still stronger filaments followed, and with them bulbs with greater vacuums to make the filaments burn brighter. The new filament lamps, often battery supplied, fulfilled all the requirements of a modern locomotive headlamp. The headlamp had come of age. (4)

Have a headlight lens from a GTW steam locomotive of the 1950s. It part number 14014. The engine was located in Granton, ON and headed for the scrapyard. Have stored it since then. Please write some history as we were very young at that time.

The filaments developed for use in the incandescent lamps were too delicate to withstand the vibrations of the locomotive (8).

On the move Business Travel template

Around 1880 railway companies began to use a headlamp code in which positions of headlamps on the locomotive signified the type of train. This enabled signalmen and other staff to identify them. Different companies used different codes. In cases in which there were joint or shared lines this constantly lead to mistakes and often to fatalities. (17)

In 1903 the railway companies and the railway clearing house brought in a universal code of engine headlamps. It also required that all lamps show white light. This code was not completely successful and there were still regional variations in use. The headlamp code only became completely standardized when the railways were nationalized in 1948.

The decoration on the headlamps did not last for a long time. The lamps became smaller and rounder. Engine numbers were stamped out of the metal and covered with glass. These spaces served as an additional identification of the engine. Other changes occurred through continuous experiment with various types of reflectors and lenses. (2)

In 1865, Irving Williams, introduced coal oil (kerosene) for use in locomotive headlamps. This kerosene lamp, while lacking power as a strong headlamp proved to be very successful, often as a tail or marker lamp, and was used on various locomotives for almost a century.

When railroads were introduced into North America, the need to increase profits came up against one major problem how to run trains at night. The first recorded solution came from Horatio Allen who built the South Carolina Railroad Company in the early 1830s. Allen solved this problem by placing a fire of pine-wood knots kept burning in an urn-shaped basket made of iron rods. The basket rested on a bed of sand that covered the foremost of the two platform cars in front of the locomotive. (2)