Intensive archaeological research has, after many years, finally divulged much about prehistoric Egypt. Our understanding of Egyptian civilization can now be traced back through a long sequence of developments to 5000 BC and earlier, almost 2000 years prior to Egypts1st Dynasty. We have found even prior to 5000 BC, evidence of very early communities of hunter-gatherer people along the Nile Valley and on the shores of what is nowLake Qarunin theFayoum, as well as for a palaeolithic population dating back some 300,000 years. 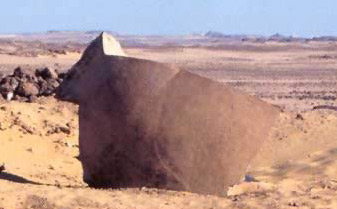 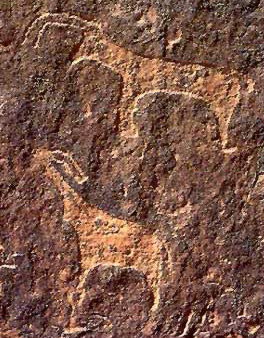 TheEgyptologistsof the early 20th century concluded that the classic ancient Egyptian civilization had been brought to the Nile Valley by a dynastic race of invaders. They believed that the invaders were both culturally and politically superior to the nativePrehistoric Egyptians, and that they swiftly established themselves as rulers of the country. At the time, the dubious science of cranial metrology, that is, using skull measurements to attempt to determine racial characteristics, was fashionable. It was also used in support of this superior race theory in Egypt.

What could Hitler, the German chancellor who savaged the Jews and brought world war upon us during the mid 20th century, had to do with our initial interpretations of the origins of Egyptian society? Quite a lot, actually, although we must not place all the blame on him. Many of his attitudes about race were more common in the early 20th century amongst the western colonial powers than most people realize.

As a side note, we should mention that the same evidence that exists to dispel more normal foreign invaders just as clearly evidences the fact that the ancient Egyptian civilization does not owe its existence to Atlantians or extraterrestrials. Such popular theories have existed for many years, but particularly since the 1960s. Writers have found an eager audience for such laughable ideas, even though their theories are flawed. Usually, they present highly selective evidence, but not the wide context of material available to us on the evolution of Egyptian civilization.

However, while the Nile civilization did not spring from foreign influence abroad, recent evidence suggests that the impetus behind this development may not have been the adoption of a settled, agricultural way of life, and archaeologists once thought. Rather, it would seem that the stresses of a more precarious existence in the hostile environment of the dry savannahs to the east and west, where now there is little but desert, may have resulted in a gradual migration of semi-nomadic cattle herders into the Nile Valley. Almost like a vacuum, the Nile Valley began to suck in these nomads as their grassland pastures dried out, and this could have also been an important stimulus to the rapid development of Egyptian civilization, forcing a large population into a much smaller area.

In summary, over several thousand years, environmental changes and foreign influences molded the gradual development of a civilization that was, in the final analysis, distinctively and uniquely Egypt. In ancient Egypt, the egg was seen as a symbol of birth and resurrection, and indeed, Egypt was as an egg itself, nourishing its people from within, while providing a hard shell to protect them from outside hazards. As the savannahs dried up to become deserts, forcing their inhabitants into a more densely packed population, they also cradled and protected these people, allowing them to incubate along the rich,fertile Nileinto the grand empire we find in later times.

This invasion theory was very much a product of its time. Individuals such as Hitler encouraged this approach, but in fact diffusionist theories involving superior racial groups bringing civilization to indigenous peoples were popular among many of the colonial powers of western Europe. At the time, Africa was known as the heart of darkness, and was thought to be incapable of producing an advanced culture without outside influence. In fact, it was the defeat of Nazism, and the granting of independence to many of the former European colonies in Africa, that would finally drive such theories from popularity.

These superior, invading people were believed to have come from a land to the east of Egypt, reflecting the widespread view that the Orient was a primary source of early culture.The royal art of Egyptduring the1st Dynastywas thought to be similar to that found in Mesopotamia, and so many believed that the earliest kings of Egypt came from present day Iraq. In the 1930s, this theory was given further credence by Hans Winkler, a German who became well known in Egyptology for his exploration of the Eastern Desert. There, he found an abundance of ancient rock art between the Nile Valley and theRed Sea. Significantly, numerous images of boats were especially striking, and were also very similar to water crafts found in early Mesopotamian art.

However, in the early 20th century, the chronology of the ancient world was still very poorly understood, and so Winkler did not know at the time that these Egyptian boats predated their Mesopotamian counterparts by many centuries. Hence, he argued that the Mesopotamians invaded Egypt by way of theRed Sea, leaving traces of their passage on the rocks as they traveled to theNile River.

As Egyptology began to come into its own as a science rather than a treasure hunt after the 1890s, only then did early investigators find surviving evidence predating the pyramids. Excavations byFlinders Petriebrought to light a much older culture predating the historic1st Dynastyknown from records, and at first, this material was so unfamiliar that Petrie thought it must have been left by a New Race of people in the Nile Valley. However, even though culturally distinct from the Egyptians of Dynastic times, after further study, he determined that he had, in fact, discovered the remains from a prehistoric period. He, and others, were especially struck by the marked differences between this new, Predynastic culture, and the much better known material from theOld Kingdomand later period.

Though invasion theories would persist among a fewEgyptologistsfor some time, and even see a resurrection in popular works as late as the 1990s, most scholars abandoned their search for the foreign origins of Egyptian civilization. Today, we look instead for indigenous development and the roots of dynastic Egyptian culture within the Nile Valley itself and the immediate territory surrounding this cradle of civilization.

Tour Egypt aims to offer the ultimate Egyptian adventure and intimate knowledge about the country. We offer this unique experience in two ways, the first one is by organizing a tour and coming to Egypt for a visit, whether alone or in a group, and living it firsthand. The second way to experience Egypt is from the comfort of your own home: online.

However, we must recognize, as with most cultures, that Egypt was not immune to foreign influence. In fact, most successful civilization must borrow from other cultures some technological advances, even if they produce a few themselves. Thus, it is clear that the Predynastic culture of Egypt was receptive to ideas from neighboring lands. Foreign architectural and artistic motif, and perhaps even the idea of writing, were adopted by the Egyptians at the dawn of history. However, like thechariotsof theNew Kingdomwhich were themselves adapted from foreign sources, but modified to be lighter in order to better handle the Egyptian terrain and the Egyptians battle tactics, all such borrowings from even the earliest times were quickly fitted into an Egyptian context. Hence, there is certainly no evidence whatsoever for an invasion of dynastic conquerors, though in ancient times as even today, Egypt was a cultural melting pot, where Africa, Asia and the Mediterranean met. The civilization that emerged in the Nile Valley simply absorbed influences from all of these areas.

Oxford History of Ancient Egypt, The

Now, our knowledge of the culture of early dynastic Egypt has also changed our view of how classic Egyptian civilization emerged. As little as sixty years ago, and even today among some popular theorists, the dynastic Egypt we know appears to have suddenly sprang from a a cultural vacuum. However, like the pyramids themselves that evolved through experimentation, sometimes resulting in failures, over many years, likewise, today we can appreciate the long gestation of Egyptian culture, and the fact that its roots lie firmly within Egypt itself.