Hiram W. Hayden, an original partner of HB&H, contended that the new companys name matched the existing companys name too closely. A legal battle ensued and Hiram prevailed. In 1871, Holmes, Booth and Atwood became Plume and Atwood Manufacturing Company. The Plume was David Scott Plume, the treasurer of the new company.1The company was incorporated in January, 1880.

Plume & Atwood produced a full line of lamps and lamp trimmings. Their lamp lines included ROYAL, PLUMWOOD and NAUGATUCK in table, bracket and hanging versions. They made gas burners, shade ring of all descriptions, filler caps, and just about any brass lamp part you could mention. Their burners included BANNER, a high quality DUPLEX, the MOEHRING and HARVARD burners often associated with finer student lamps, the HORNET, NUTMEG and ACORN burners often found on night lamps, and scores more. The 1906 catalog, depicted below, is packed with seventy-eight pages of lamps and trimmings.

, the Manufacturing Division and Main Offices relocated from Waterbury to Thomaston, Connecticut. During the first 17 days of August, 1955 rain fell steadily in the western part of the state. The effects of the rainfall and Hurricane Connie left an average of six inches on the ground. The land could no longer hold the water and became soggy.

Image of the 1955 flood showing Plume and Atwood buildings on the left. Note the level of the water almost to the top of the door of the building in the center. Photo courtesy ofJames J. LeBlanc, Jr.

The Plume & Atwood Manufacturing Companywas organized in January, 1869, albeit under a different name. It began as Holmes, Booth and Atwood when Israel Holmes, John C. Booth and Lewis J. Atwood formed a partnership after defecting fromHolmes, Booth and Haydens. Other principals included Aaron Thomas, George W. Welton, and Burr Tucker. Soon after its formation, the firm bought the brass mill of the Thomas Manufacturing Company in Thomaston which had originally been organized in 1854 to roll metal for making clock movements. They also purchased the Hayden & Griggs Manufacturing Company, a similar concern in Waterbury.

The Plume & Atwood plant suffered crippling damage. The buildings were virtually destroyed and most of the equipment and tooling was either lost or severely damaged.

The streams that flow into the Naugatuck River filled to the top of their banks and the Naugatuck began to rise. By Thursday, August 18, 1955, the tail winds of Hurricane Diane hit the area, bringing strong winds and extremely heavy downpours of rain. Early on the morning of Friday, August 19, just north of Seymour, the Naugatuck River burst from its banks. The brawny, aggressively moving water cascaded through the towns of Torrington, Thomaston, Waterbury, Naugatuck, Beacon Falls and eventually into Seymour.

This reprint is of a circa 1906 Plume & Atwood Manufacturing Company Catalog features Kerosene Oil Burners, Gas and Oil Lamp Trimmings, Lamps, Oil Heaters, Etc. This is an invaluable reference for anyone interested in kerosene lighting, particularly burners and trimmings. CheckThe Book Nookfor available copies of this catalog! 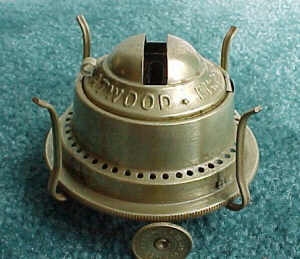 Risdon Manufacturing Company of Danbury, CT took over the Waterbury plant in the late 1950s. Dorset-Rex acquired the Thomaston plant during the same time period. The Fabricating Division of P&A was sold to Landers, Frary & Clark in New Britain, Connecticut, who manufactured housewares. Landers, Frary & Clark was subsequently purchased by the J.B. Williams Company, New York, which was then acquired by the General Electric Companys Housewares Division in 1965.Risdon continued to produce P&A burners well into the 1960s and possibly beyond.

Between April 18, 1871 and November 19, 1912, the company was listed as the assignee for at least 62 lighting patents – see thepatent tablebelow for details. Lewis J. Atwood, a prolific inventor, dominated the field with 44 patents during this period, a whopping seventy-two percent of P&As patents! It should be noted that Atwood also had a significant number of patents assigned to Holmes, Booth and Haydens when he worked there – at least fourteen between 1862 and 1870. While Plume & Atwood clearly produced and market their own line of lamps, they also produced and supplied similar brass fittings to other lamp manufactures. P&A made all the brass parts (founts and burners) for all the Aladdins through 1963. This includes Models 1 through 12 and burners for Nu-Type A, B and C.

Everything which stood in its way was destroyed – bridges, buildings, trains, trees, cars, cows and people. 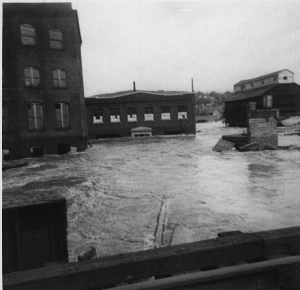