This vessel that looks like a bowl with its rim folded in on four sides is an ancient oil lamp. We can tell that it was used, too: the folded-in rim has created four spouts for the lamps wicks, and the lip of each of these spouts has been blackened from the flames. Throughout the Bronze and Iron Age of the Levant, oil lamps show a continuous morphological evolution, but in almost all periods have only one spout. This four-spouted lamp is highly diagnostic to a particular time: the Early Bronze IV period, ca. 2200-2000 BCE. (The four spouts and the EB IV date are a very helpful mnemonic device for students learning their ceramic typologies!)

Dr. James Osborne received his doctorate in archaeology from Harvard University in 2011, specializing in Near Eastern Archaeology. He was a Mellon Post-doctoral Fellow at Johns Hopkins in 2012-2014. 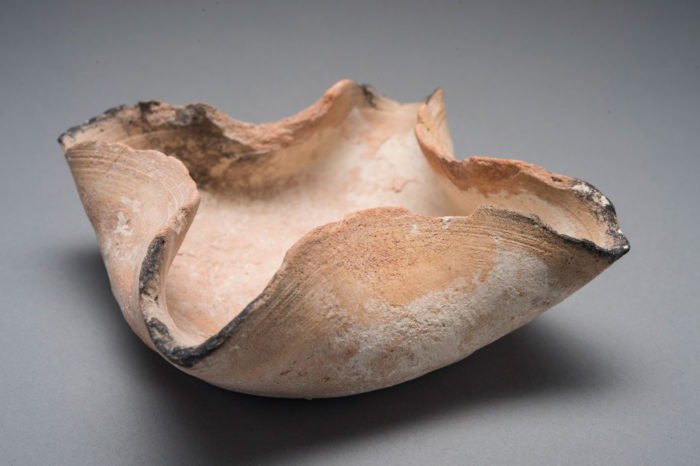