Oxford History of Ancient Egypt, The

At times, the orientation could be set due to the direction of an earlier temple temple built over by a newer temple. For example, the Ptolemaic temple at Edfu was oriented at right angles to the earlier east-west New Kingdom temple it was built atop. At other times, a very specific orientation was called for, and apparently this orientation had to be made very precisely. For example, atThoth Hill, a New Kingdom temple toHoruswas built on top of a much more ancient temple. Horus was represented by the rising heliacal rising star, Sothis. (Sirius). Even though the earlier temple was probably precisely oriented to this star, the later temple was also carefully oriented to the star as well, but because of the difference in time between the building of the first temple and that of the second, the stars orientation shifted. Therefore, even though the later temple was built atop an earlier temple to the same god, their alignments are slightly different.

Just about everything that the ancient Egypts did sometimes seems to have been dictated byreligiousconsiderations. Actually, this is probably not entirely true. It is just that they had a tendency to build religious structures more durably than many others, so they have survived for us to study. It probably places a bias to some extent, on our perception of the importance of their religion.

Egypt: The Location and Orientation of Ancient Egyptian Temples

In theory, Egyptian temples were almost always located at a point of some religious interest, and most often oriented in the direction of another significant religious point. But depending on the god, or the location, or any other number of factors, the point of location and the orientation might be very different than even another nearby temple. Sometimes, it could even be different than the older temple that it replaced. Factors effecting the location could include ancient myth and tradition, such as the believed site of a gods birthplace, or grave or some other place believed to posses properties of power, or other associations.

However, in a practical sense, the building was often located near a population center, heavily traveled routes, or necessary resources. For example, special resources were needed for theOsireionin the temple ofSeti IatAbydos. It apparently needed a pool of water around the subterranean grave ofOsirisin order to make it conform to the believed specifications of the mythical mound of creation which the Egyptians believed rose from the primeval waters. Therefore, it was located near a natural spring for readily available water.

History of Egyptian Architecture, A (The Empire (the New Kingdom) From the Eighteenth Dynasty to the End of the Twentieth Dynasty 1580-1085 B.C. 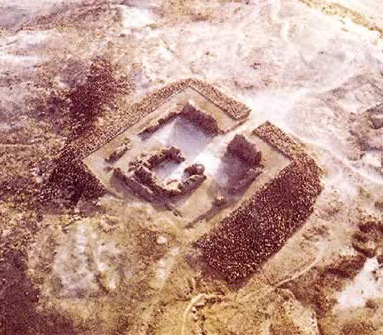 The Location and Orientation of Ancient Egyptian Temple

The orientation of temples could also be based on a number of factors, including an important natural feature, a near, or far off building or place, a cardinal direction or an astronomical point. Usually, temples built adjacent to theNilewere east-west oriented. This was often based on local cardinal directions. Because the Nile runs generally south to north, placing the temple at a 90 degree angle to the Nile, even though at any specific location the river might have had a somewhat different orientation, still satisfied the east-west orientation of the temple. This was true even though it might sometimes be substantially off the true east-west coordinates.

Mythical Origin of the Egyptian Temple, The 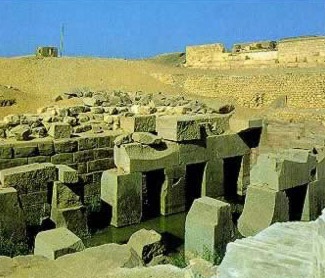 Sometimes the orientation was precisely measured and implemented, while at other times the precision was relaxed. For example, many of the mortuary temples of the new Kingdom built atThebesare generally east-west oriented, but even though they were built within only a few generations of each other, most do not line up exactly in the same direction.

An Overview of Temples in Ancient Egypt 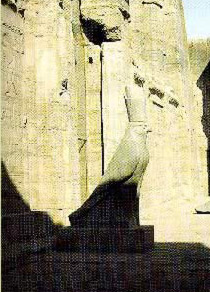 Complete Temples of Ancient Egypt, The

Even after the temple was placed, and its whole aligned, internal elements sometimes also had to be aligned. For example, some tombs were given their own internal east-west orientation by means of solar images positioned along the temples axis and by cardinally opposed decorative motifs. For example, various heraldic symbols for Upper (southern) and Lower (Northern) Egypt, or scenes from those regions might be placed on the north or south walls, respectively. this theme might also be carried over to columns and other architectural features.

Tour Egypt aims to offer the ultimate Egyptian adventure and intimate knowledge about the country. We offer this unique experience in two ways, the first one is by organizing a tour and coming to Egypt for a visit, whether alone or in a group, and living it firsthand. The second way to experience Egypt is from the comfort of your own home: online.

In still other situations, the temples alignment is almost entirely set by that of an earlier structure. This is the case atandEdfu, which are oriented north-south, because they were oriented to earlier structures in the area. Sometimes they would also face a geographic or topographical feature as well. In the Luxor complex, the Amun temple, for example faces themain Karnak temple.

But temples were definitely religious structures, and even their placement and orientation were often dictated by some sort of theology. However, in actuality, it was probably less of an overall scheme than a temple by temple decision. Much of this discussion is also relevant to other religious structures in Egypt, such as tombs andpyramids.

Another example of stellar alignment like that at Thoth hill is also found in the temples at Elephantine, that are in fact also in alignment to Sothis. However, here, the reason is that the annual flooding was predicted by the heliacal rising of this star.

Of course, Thoth hill is an example of an astronomical orientation, that was often measured more precisely than other temples. Another excellent example of astronomical alignment is, of course, theTempleofRamesses IIatAbu Simbel. this is one of the most famous temples in Egypt and at least one reason for this is its twice yearly light show. At the occasion of the summer and winter solaces, light beams through the door of the temple striking the gods at the very back. On the other hand, many of the shrines of thesolar discworshipping heretic king,Akhenatenwere simply oriented to let as much light inside as possible.