In present India, the ancient people are those that continued without much mixing with outsiders. They are the tribes of India which remained almost genetically untouched. Some of the ancient tribes of India are Bagri, Banjara, Ahir, Asur, Bodo, Hmar, Bhutia, Andamanese tribes, Khasi, Bhil, Gaddi, Dhodia, Angami, Chakmas, Oran, Chenchu, Santhal, Jarawa, Gujjar, Khond, Munda, Naga, Gonda, Lalung, Chamar and the Toda tribes.

MahaviraMahavira, also known as Vardhamana, was the twenty-fourth and the last tirthankara of Jainism religion.

SushrutaSushruta is called the father of surgery and he compiled his findings in the book Sushrutasamitha.

AryabhataAryabhata- Aryabhata was born in 476 AD. He was the first astronomer of India. His book, the Aryabhatiya, gives astronomical and mathematical theories. He has gifted 0 zero to the world.

Bhaskara IBhaskara I wrote commentary on the works of Aryabhatta.

Famous Medicine Men in Ancient IndiaCharakaCharaka, is considered being the father of medicine who consolidated it in his book charakasmitha. 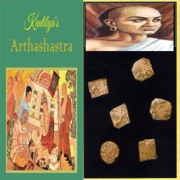 Famous Travelers in Ancient IndiaMeghasthenesMeghasthenes was a Greek traveler who visited India during the time of Chandragupta Maurya. He wrote his travelogue called Indica that provides valuable account of the governance and social life during the Maurya period. 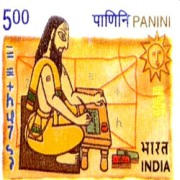 Saints in Ancient IndiaValmikiValmiki, was the great sage-poet who wrote Ramayana.

Mathematicians in Ancient IndiaBudhayanawas the first Indian mathematician to calculate the value of pi in the 6th century AD. He explained the concept of Pythagorean Theorem. Yavanesvara translated Greek astrology text (120 BC) popularizing it by adding Indian cultural icons and Hindu religious images.

LallaLalla was another astronomer who also wrote a commentary on Aryabhatta.

There are many great people who lived in ancient India. They were the kings, the saints and sages, mathematicians and people with the knowledge of art and literature.

PatanjaliPatanjali a revered sage in ancient India developed the art of Yoga, a form of physical exercise to control diseases.

Dharmapala(781821) Dharmapala was the Son of Gopala, who conquered Northern India from Burma to Afghanistan and Kashmir to the Narmada River. 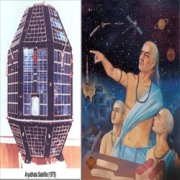 However in the ancient scriptures there is mention of various type of people or beings. In the Mahabharata and the Ramayana, and the Puranas, there is mention of beings that were superhuman or subhuman and even extraterrestrials. These groups include the Gandharvas, Yakshas, Kinnaras, Kimpurushas, Rakshasas, Nagas, Suparnas, Vanaras, Vidyadharas, Valakilyas, Pisachas, Devas (within them Vasus, Rudras, Maruts, Adityas) and Asuras (within them Danavas, Daityas, Kalakeyas and Nivatakavachas.)Famous People of Ancient India

BrahmaguptaBrahmagupta made significant contributions to the development of negative number system and zero. His work Brahmasphuta-Siddhantas or rules for numbers

Its very difficult to put all of them from 1000 BC to 1000 AD. The names of a few prominent personalities that decorated this time line is mentioned here to a birds eye view.

PaniniPanini- Panini was a Sanskrit grammarian who gave a comprehensive and scientific theory of phonetics, phonology, and morphology. Paninis major work is a treatise called Astadhyayi.

Ashoka (273232 BC)- Asoka was a famous king of the Mauryan dynasty who ruled a large part of India. He turned to Buddhism after the historic Kalinga war. Ashoka got his edicts inscribed on monolithic stone pillars adorned with strikingly beautiful animal capitals.

Gautama BuddhaGautama Buddha, also known as Siddhrtha Gautama was a saint on whose teachings Buddhism was founded.

Varahamihira in Ancient IndiaVarahamihira wrote Brihat Samhita a well-known work on astronomy. He also made valuable contributions to trigonometry.

Huen Tsang,(603-664 A.D.) Hiuen-Tsiang was another Chinese scholars who visited India in search of knowledge. He visited India during the reign of Harshavardhana

Fa-Hien(A.D. 399-414) Fa-Hien a Chinese scholar travelled to India in search of great Buddhist books of discipline. He visited India during the reign of Chandragupta II